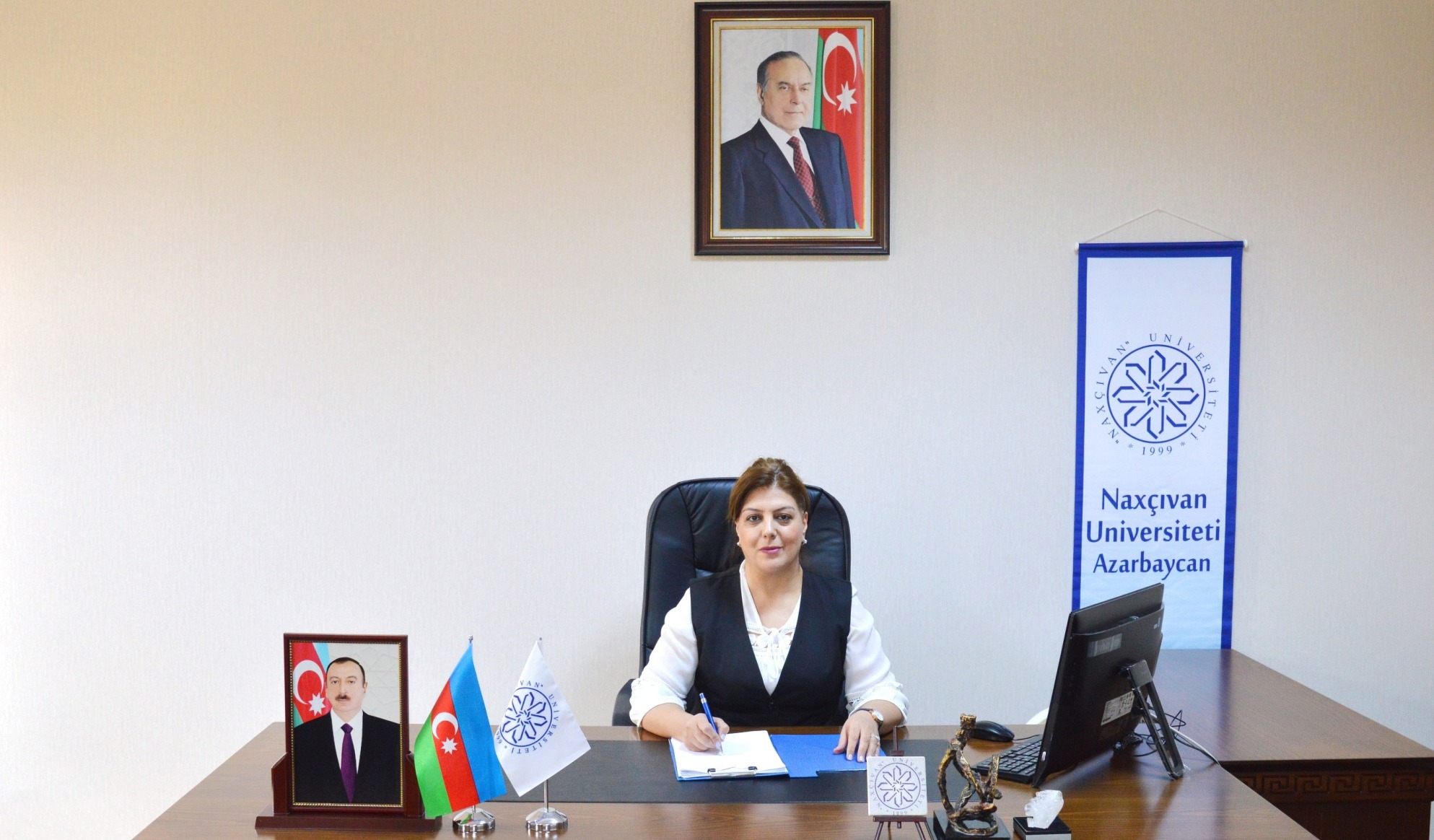 Aliyeva Nurlana Sabir gizi was born in 1977 in Nakhchivan. In 1983 she entered the first class of the secondary school number 7 named after E. Sultanov in Nakhchivan, and in 1993 she finished the same school. In the same year she entered the Faculty of Humanities of the Nakhchivan State University on specialty of Philology, and in 1997 she graduated from the university with honors. In 1997, she entered the Masters Department of Nakhchivan State University on specialty “Azerbaijani Literature”. After graduating from this specialty in 1999, she began her career as an editor in the publishing house "Geyrat" of Nakhchivan State University. Since 2001 she has been working as a teacher in the department of “Azerbaijani language and literature” of Nakhchivan Private University and since 2012 as a senior lecturer. In 2013 she defended her PhD thesis on "Mahammad Tagi Sidgi and Children’s Literature" and was awarded the degree of Doctor of Philosophy on Philology. In 2017, she was elected Associate Professor by the decision of the Academic Council protocol No. 06 of May 30, 2017, and in February 2018 he was appointed as Dean of the Faculty of Pedagogy of “Nakhchivan” University. On February 8, 2019 she was awarded the title of Honorared Teacher of the Nakhchivan AR by the order of the Supreme Assembly of the Nakhchivan AR. On December 5, 2019, by the order of the Chairman of the Supreme Assembly of the Nakhchivan AR she was appointed rector of the “Nakhchivan” University. She is the author of more than 30 scientific articles, 1 textbook, 1 methodical manual, 2 subject programs.

e-mail: This email address is being protected from spambots. You need JavaScript enabled to view it.